The home video release will include an art booklet with a message from executive producer and creator Nishino. 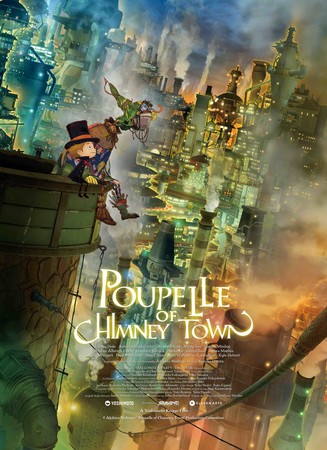 eleven arts started testing Poupelle of Chimney Town across North America on January 7, and he describes the film:

Poupelle of Chimney Town is the story of young Lubicchi living among the thick smoke of the chimneys of his isolated town, longing to see the “stars” – to know the truth – that his father always told him about. One Halloween night, he meets Poupelle, a man made of trash, and together they gaze up at the sky as their adventure begins. Spectacularly beautiful, filled with inspiring performances and splendid music and sound effects, and produced at Tokyo’s famed Studio 4ºC, Poupelle of Chimney Town brings laughter, tears and joy.