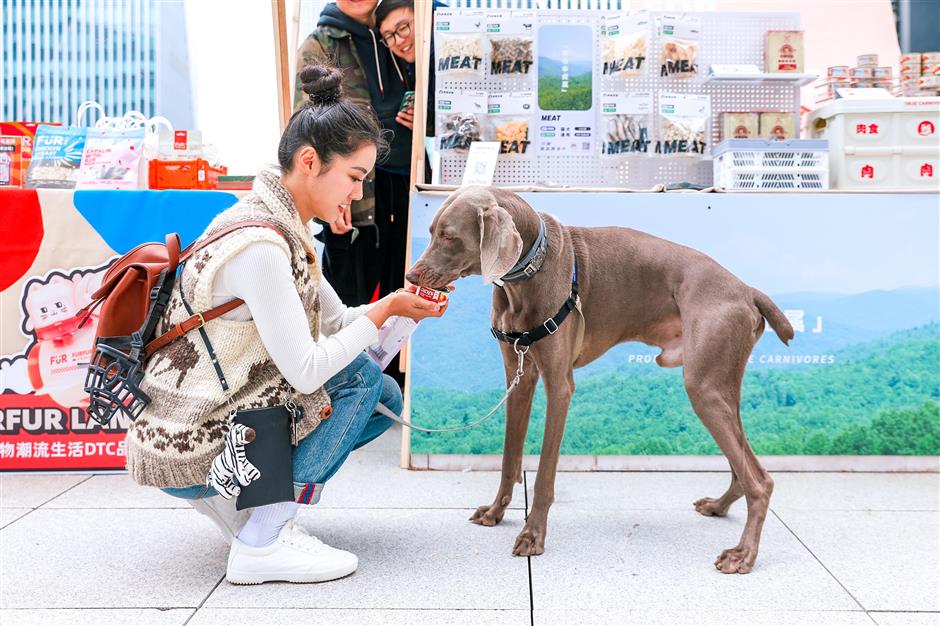 Pets are welcome and special drinks are provided for them.

An inaugural coffee festival has opened for the emerging international community of Qiantan in the new Pudong region.

Qiantan, or known as the New Bund, occupies 2.83 square kilometers along the Huangpu River. Over 400 overseas people from over 30 countries and regions now live there.

As sophisticated buildings emerge, various activities are also organized to create a friendly community for expats. The New Bund Coffee Festival is one of them.

The festival, which runs through Sunday at Crystal Plaza, features over 60 cafes and brands, including Double Win, Punchline, Finca and PACE.

In fact, it’s more than just a coffee fair. It also demonstrates the “cafe lifestyle” by setting up scenes such as camping.

Interactive activities are also offered, allowing people to learn how to brew coffee and combine coffee with a flower arrangement.

According to the mall, he hopes to use the cafe to bring people together and make them feel the warmth of the community.

A CBN data report notes that coffee consumption in China has seen a 30 percent year-over-year increase. Top-tier cities consume an average of 326 cups of coffee per capita per year, with Shanghai leading the pack by several kilometers.

Shanghai had 6,913 cafes in January, ranking it No. 1 in the world. There are an average of 2.85 coffee shops per 10,000 inhabitants in Shanghai, the same density as in New York, London and Tokyo.