This year, two of the incredible eight winners came from Caerphilly, Wales. Whether it’s winning a gold medal in Tokyo, saving a hospital and turning it into a community center, they represent and support their community.

The 27-year-old received the award at the Pontypool Amateur Boxing Club, where her incredible career began. It was presented to her by her grandmother, Linda Price, who, along with her late husband Derek, raised Lauren from a young age and encouraged her love of the sport.

Lauren said, â€œI don’t know where I would have been without the support of my grandparents. Everything I have accomplished I dedicate to them for all the support they have given me and I am delighted that my Nan is here to present me with this award today.

Lauren also thanked the National Lottery players for their incredible support. She said: â€œI am absolutely honored and delighted to be announced as the first recipient of the Olympian of the Year award and I want to thank all of the audience members who voted for me. Much of what I have accomplished is thanks to the National Lottery for supporting me as an athlete. The funding allowed me to focus on what I love to do and reach my full potential.

“The National Lottery has supported thousands of athletes like me throughout our careers and the funding allows us to compete and train full time and access world-class training facilities and programs. . ” 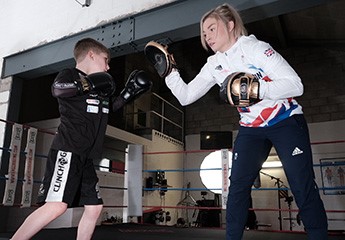 Lauren, of Ystrad Mynach, near Caerphilly, is one of more than 1,000 elite athletes funded by the national lottery as part of UK Sport’s world-class program. The program allows athletes like Lauren to train full time, have access to the best coaches in the world, and benefit from cutting-edge technological, scientific and medical support.

Local MP Wayne David praised Lauren’s success and determination: â€œBy winning her gold medal at the Olympics, Lauren became the first Welsh woman to win a gold medal in boxing. Lauren is an incredible athlete. She has accomplished so much. When Lauren was competing in Tokyo, all of Wales, as well as her local community, were completely behind her. She is a very modest person and she truly deserves this wonderful honor. Lauren is a fantastic model and I am very happy for her and her grandmother, who has always supported her â€.

In addition to representing Caerphilly on the international stage, National Lottery Award winners are also making a difference in their home communities.

After winning gold medals in the middleweight category at the 2018 Commonwealth Games, the 2019 European Games and the 2019 World Championships, his decision to make the switch paid off with a place in Tokyo 2020. .

In addition to representing Caerphilly on the international stage, National Lottery Award winners are also making a difference in their home communities.

Katherine Hughes was widowed in 2018 and lost her mother the following year. So when the pandemic struck, the 72-year-old woman from Caerphilly in Wales knew she was at risk of becoming severely isolated.

Katherine, secretary of the Caerphilly Mining Center for the community, was the driving force behind the rescue of the old hospital 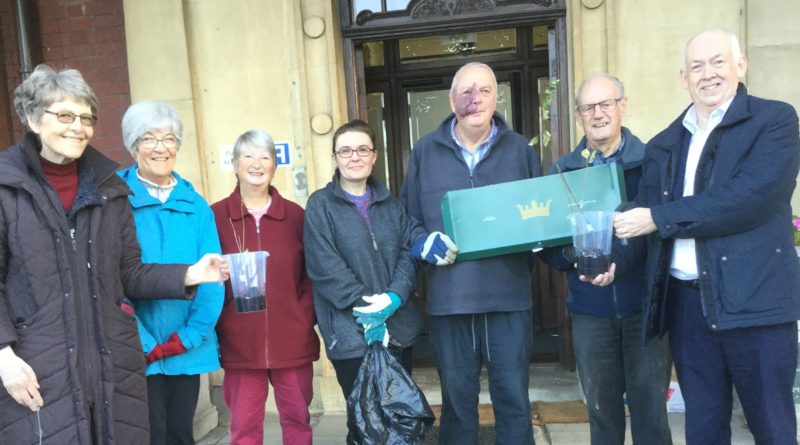 – where many generations of South Wales families have had their babies – for the benefit of the next generation.

When plans for closure and demolition were announced 15 years ago, Katherine went door to door persuading people to fight to save The Beeches building. The mother-of-two, who lives just steps away and gave birth to her two daughters at ‘The Miners’, helped establish the Caerphilly Miners’ Center in 2008, shortly after overcoming treatment for the Cancer. After securing a 99-year lease, The Beeches was remodeled and opened in 2015 as a community center, with funding from the lottery.

During the Covid-19 lockdown, Katherine has been busy making sure the Center continues to offer as many services as possible within the rules. In addition to helping manage the building, she also runs chair exercise classes for people with reduced mobility.

Katherine said: â€œWithout the Center and without the things to do, I would have felt totally isolated. Like many people in my community, especially those who live alone, I have found the pandemic very difficult. You need a goal, the motivation, and the opportunity to do things to get yourself out of it.

Katherine’s tireless work to save, develop and help manage the Miners’ Center – a building supported by 4 National Lottery grants between 2013 and 2021 – won her the Community and Charity category at the 2021 National Lottery Awards. She received her award from musician, author and host Cerys Matthews MBE.

When asked how she felt about winning the award, Katherine said, â€œI think it’s absolutely amazing; I was completely stunned when I was told. I know my community likes me, but I actually like my community, so it’s something that’s really fun to share.

Wayne David MP, former Center Administrator, who worked closely with Katherine and saw firsthand her hard work and commitment, said: â€œKatherine’s commitment to the Miners Center has been remarkable. She successfully applied for grants, organized activities, inspired other volunteers, faced countless daily challenges and, more than anyone, helped transform a vacant hospital into a community facility at the heart of the local community. ”

â€œKatherine deserves this award for her incredible work over the years and in particular for her outstanding efforts in organizing a multitude of virtual events and ensuring that the volunteers and users of the center maintain their connection with the center during COVID-19 closures â€.

Thanks to National Lottery players, over Â£ 30million is raised every week for good causes, funding world-class athletes and projects like the Caerphilly Miners’ Center for the Community, helping communities come together to across the UK. For more information on the National Lottery Awards, visit www.lotterygoodcauses.org.uk 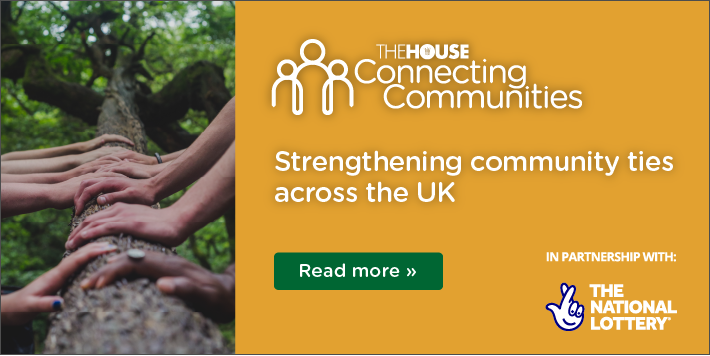 Find out what MPs and peers are talking about. Sign up for the House’s morning email for the latest information and feedback from parliamentarians, policymakers and organizations.