Shown is a collection of medals earned by US Navy Firefighter First Class Bob Ramos. (Photos courtesy of Office of Congressman Brian Higgins)

“Second World War veterans experienced firsthand the cost of freedom, many not by choice. Those who returned home continued to provide for their families, participate in their communities and lead productive lives while carrying all that they experienced during the war,” Higgins said. “Bob Ramos did just that. His stories serve as an important reminder of the sacrifices that have been made to protect our freedom. We are eternally grateful for all he gave to our country and the community of New West York.

The Mayor of the City of Niagara Falls, Robert Restaino, added, “We are proud of all those who serve to protect our freedoms. Our dwindling but especially important World War II veterans served at a time when our nation was in great peril. One of our own, Bob Ramos, answered the call to serve and defend our country. The City of Niagara Falls is proud of his service and contribution to the national war effort, and grateful that he continues to call Niagara Falls home.

Born August 23, 1921, Ramos grew up in Niagara Falls and attended Trott Vocational School, where he majored in welding. After graduating, he began working at a shipyard in Buffalo and built landing craft to support the war effort. While working at the shipyard, Ramos was recruited to work on a secret project at Hooker Chemical. He later learned that this effort was part of the creation of atomic bombs during the Manhattan Project. 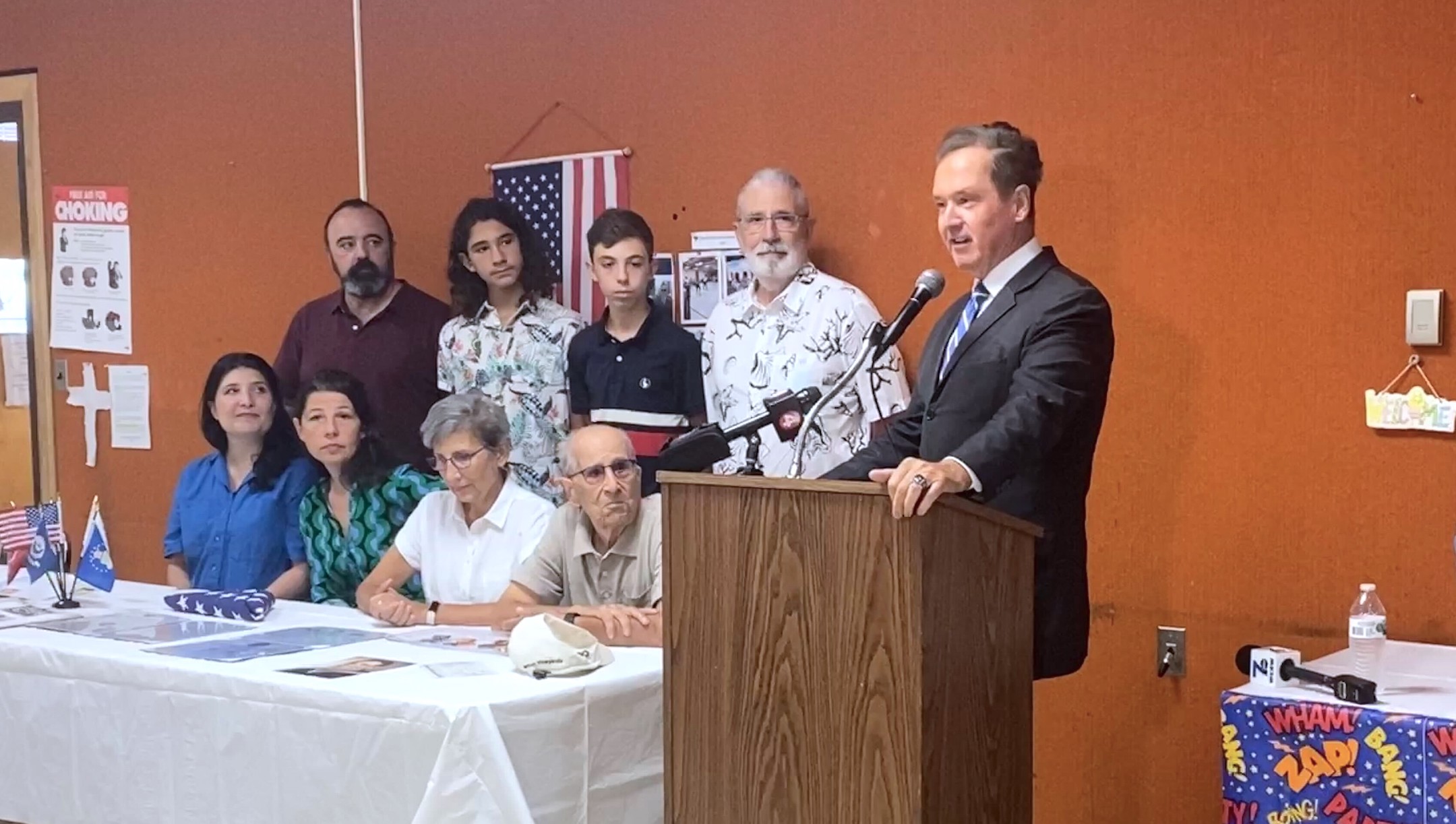 Ramos worked for Hooker Chemical until he was drafted into the Navy in March 1944. He was sent aboard the USS Oklahoma City and attained the rank of firefighter first class, a title given to a apprentice mechanic/engine, while working in the boiler room. . Ramos and his shipmates, stationed near Hiroshima and Nagasaki, were among the first to witness the aftermath of the bombings. A few weeks later, he was present in Tokyo Bay, where Japanese forces surrendered.

After the war, Ramos returned to work at Hooker Chemical, where he continued to serve on atomic energy projects. In 1970, he was sent to Chicago to help shut down the Three Mile Generating Station after it partially collapsed.

Before joining the navy, Ramos married his wife, Margaret, and the two had a daughter named Cynthia, as well as several grandchildren and great-grandchildren. Sadly, Margaret passed away in 2014 after battling Alzheimer’s disease. Ramos said he fondly remembers their memories together and the care he was able to give her.

Now retired, Ramos spends much of his time cooking and tending to his garden. He is also president of the Niagara Falls Senior Council and regularly volunteers at the John Duke Senior Center – where he met Higgins at the annual summer picnic.

Ramos is one of an estimated 240,000 living World War II veterans, as of 2021 US Department of Veterans Affairs data. 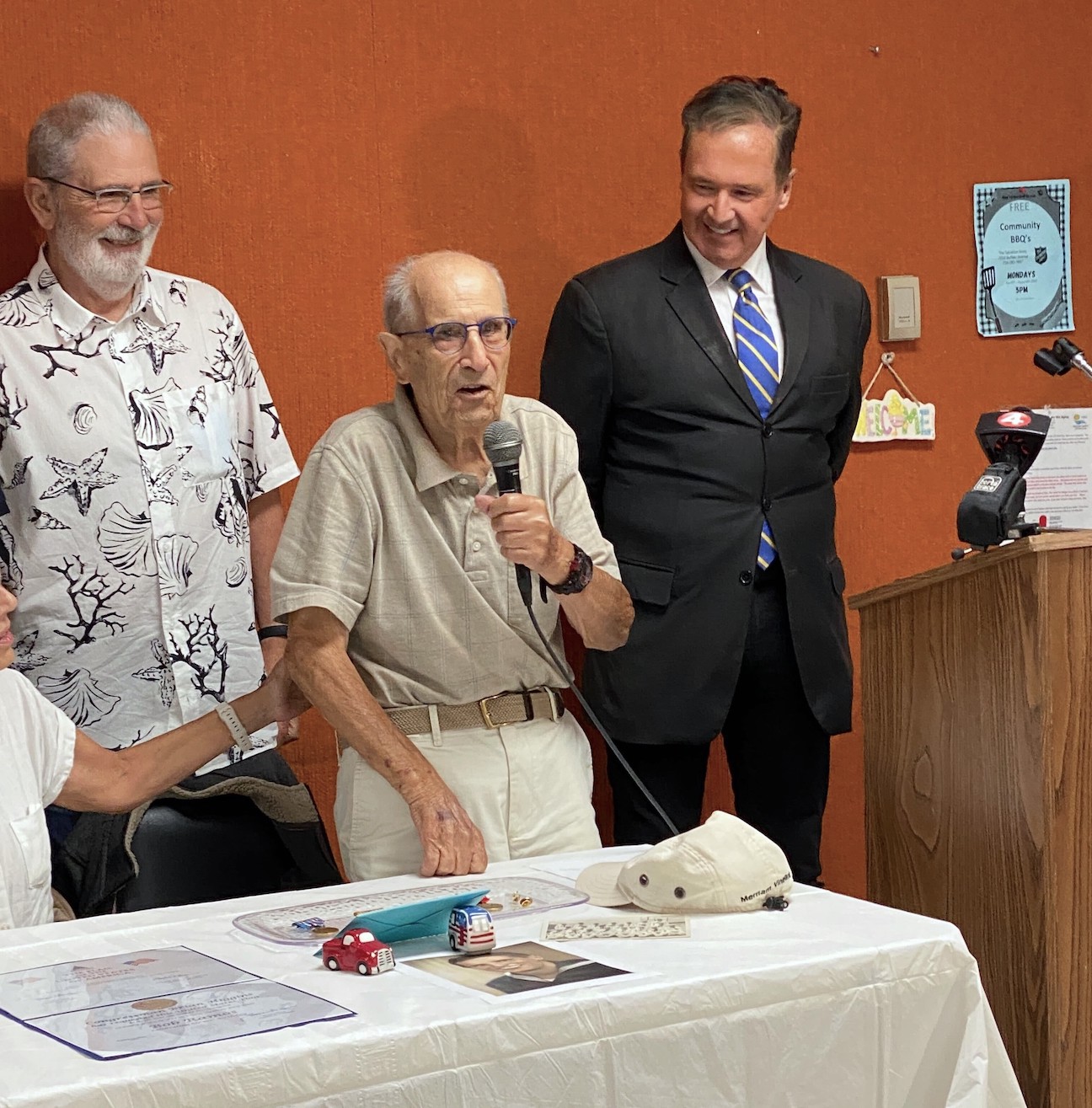