An aerial view of the Koto district. Aomi Station, Rainbow Bridge and Tokyo Tower can be seen in the photo. (Photo by Hisao Osonou/AFLO)

August 31, 2022 – Today is the last day to ride one of Odaiba’s famous attractions, the Giant Sky Wheel, also known as Daikanransha (meaning “ferris wheel” in Japanese). 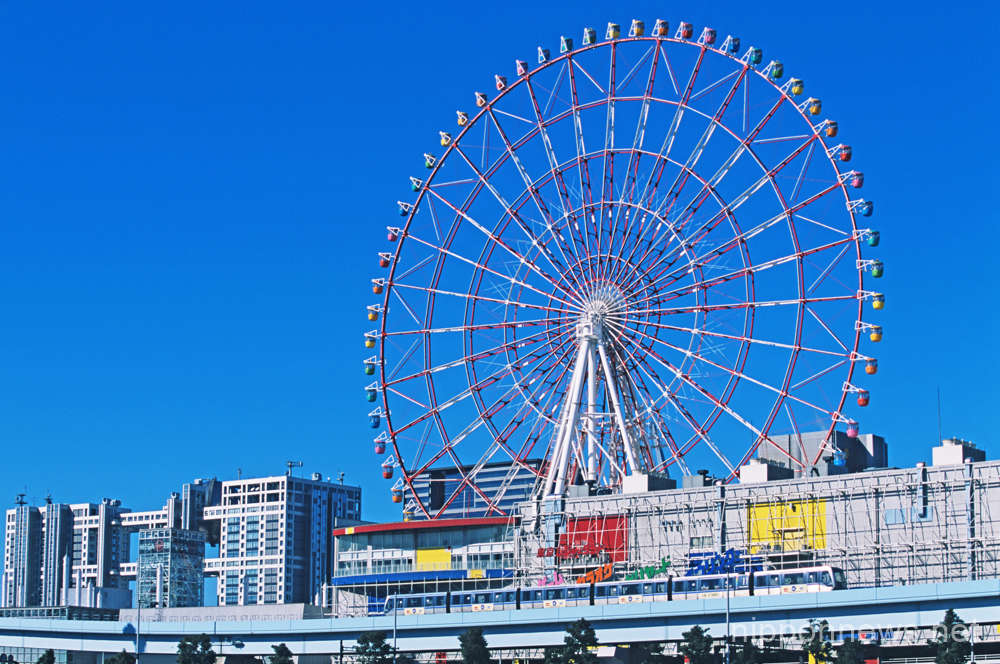 At 115 meters or 377 feet, the Daikanransha was the tallest in the world when the Palette Town entertainment complex opened in March 1999. Passengers on the Ferris wheel can see Tokyo Tower, the Rainbow bridge, Tokyo Skytree and a very nice view of Tokyo city. 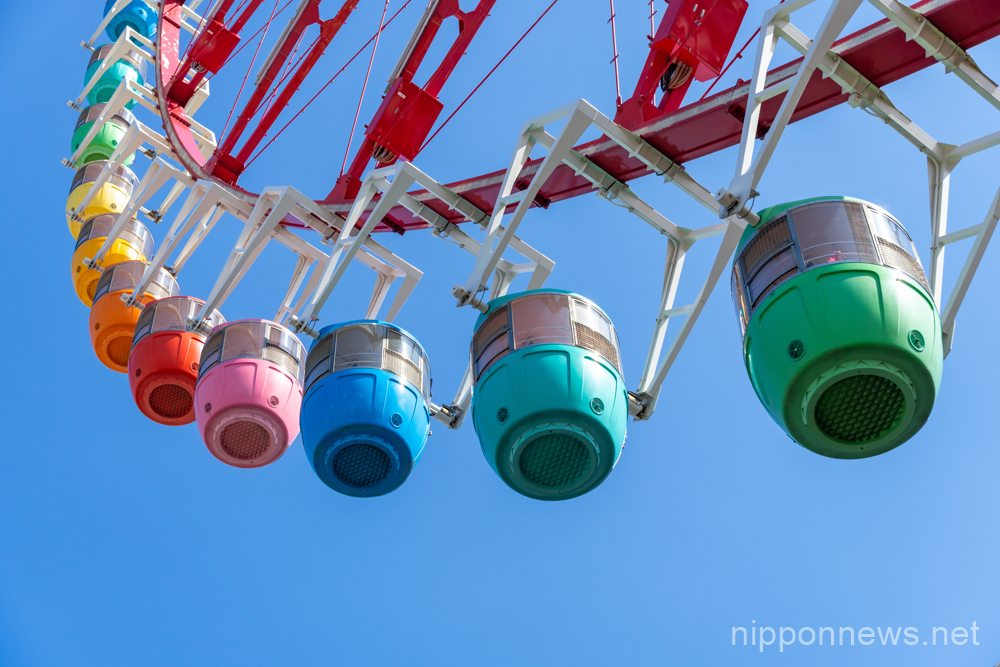 The Giant Sky Wheel aka Daikanrnasha and its colorful gondolas. (Photo by AFLO) 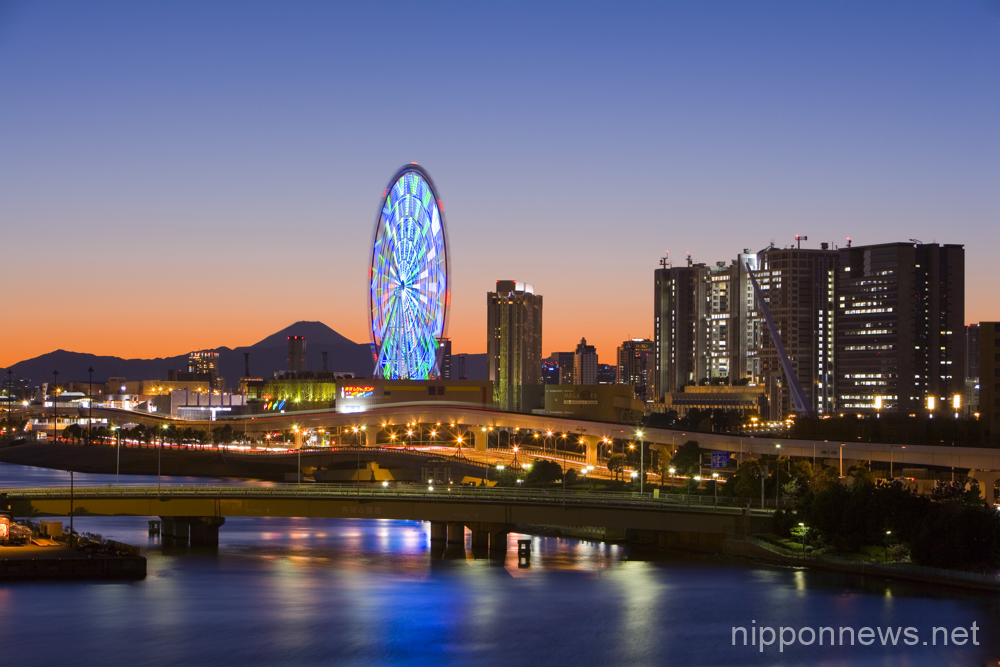 Twilight view of the Giant Wheel of Heaven/Daikanransha and Mount Fuji in the background. (Photo by Tetsuro Sato/AFLO)

Since Palette Town was announced to be closed in July 2021, surrounding facilities such as Zepp Tokyo, Toyota Mega Web and Venus Fort have already been closed.

Night shot of the giant Ferris wheel/Daikanransha. (Photo by AFLO)

The Daikanransha has attracted not only Japanese visitors, but also foreign visitors. Following the demolition of Palette Town, construction of a new multi-purpose arena and new commercial facilities are expected to be constructed.

Video of Odaiba at sunset with the Giant Ferris Wheel/Daikanransha with Mount Fuji in the background. (Video by K. Fujimura/AFLO)

Video of Odaiba at dusk with the Giant Ferris Wheel / Daikanransha, a passing plane and Mount Fuji in the background. (Video by K. Fujimura/AFLO)
Long queues are to be expected today as people bid farewell to the Daikanransha after more than 20 years of operation.

The photos and videos presented in this article can be licensed on Afloimages. (https://www.afloimages.com/)